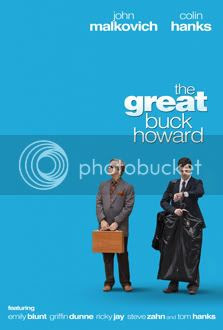 Although it is quite better than I might have imagined, it also drags towards the end. Colin Hanks is not the most charming actor, but from all those who have benefited from nepotism in Hollywood, he is far from the worst. 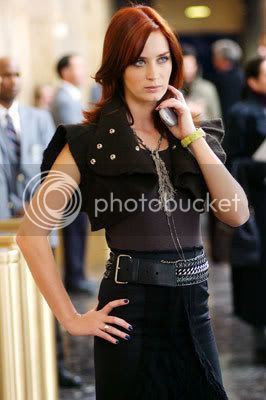 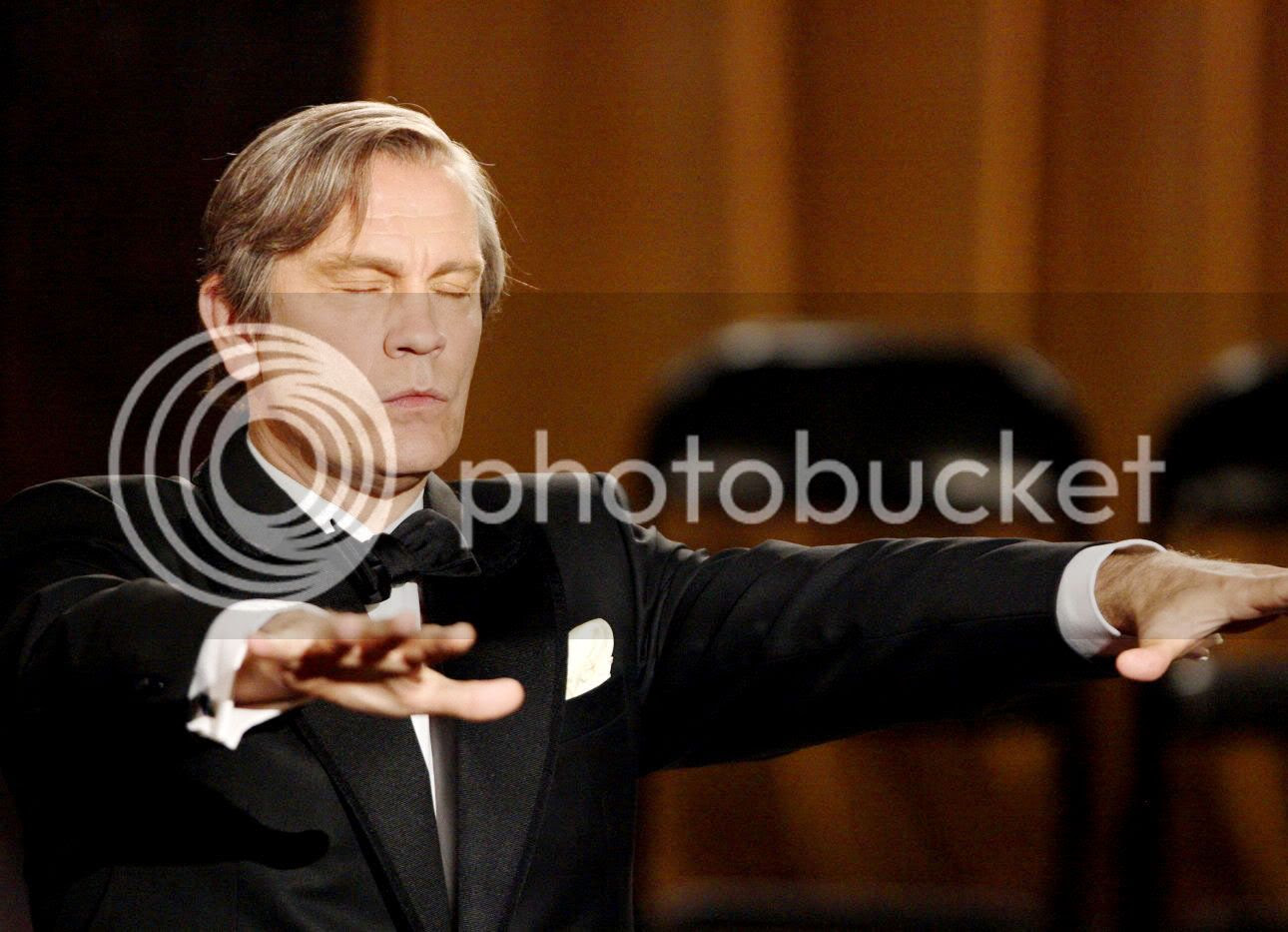 John Malkovich was mainly good. However, sometimes when he was chewing Colin Hanks out, I wish he would have made me tremble out of fear a bit more. While it is not as unmissable as the guys from At the Movies would have you believe, I still had a great time, and made the guy next to me uncomfortable from laughing so much.
Posted by Allison M. at 12:21 PM 1 comment:

Alfred Hitchcock, master of suspense in the cinema, was offered his own television show by Lew Wasserman at Universal-International after the raging box-office success of Rear Window (you can still see Hitch’s office if you take the tour at Universal Studios). It was an ingenious idea. Hitchcock would invade the home each week, establishing himself as an icon. His introductions and closing remarks for each episode were witty delicacies penned by James Allardice, and he nailed his morbid lines with deadpan delivery.

He would put some of his own ideas for stories into motion, but above all he had script approval, which resulted in top-notch quality for the show as a whole. Granted, he directed his show very rarely, but two episodes he directed were nominated for Emmys (”The Case of Mr. Pelham” and “Lamb to the Slaughter”) and are pretty phenomenal. Other directors included Robert Altman, Robert Stevens (who directed a large number of the shows), and Stuart Rosenberg (director of The Amityville Horror and Cool Hand Luke).

Hitch was able to attract big stars because of his excellent standards: Barbara Bel Geddes (whom he would later cast in Vertigo), James Mason, John Cassavetes, Gena Rowlands, Claude Rains, Peter Lorre, Robert Redford, Joan Fontaine, Lillian Gish, Walter Matthau, Bette Davis, and Steve McQueen. The list goes on and on. He even featured his daughter, Patricia Hitchcock, in ten episodes. And she was a decent actress too!

Alfred Hitchcock Presents lasted for seven seasons. The Alfred Hitchcock Hour followed for three years after that. In my opinion, Hour seemed less crafted and was nowhere near as good as his initial venture into the television world.

There are several standout episodes I’d like to recommend. If you have a chance to rent these DVDs from your video store or library or to buy them online, I’d encourage you to do so ASAP. Television has never been more entertaining. Not only do these shows have the morals of the fifties instilled within them, but they also have gruesome twist endings that M. Night Shyamalan only wishes he could surpass somehow.

I have briefly talked about my favorite episodes below. Note that while I would never give away the twist-endings, there may be more information than some would like. If you would like to be surprised, grab a random Alfred Hitchcock Presents DVD. Otherwise, read below for a preview.

Season 1, Episode 1: “Breakdown”
This episode starring Joseph Cotten is one of the most well-known ones. If you are going to see one, see this one. I love how Alfred Hitchcock cast the handsome Joseph Cotten in Shadow of a Doubt as a man his family should trust, but whose dark past catches up with him and threatens those around him. This episode is different, but builds on their past collaborations together. Cotten plays a businessman who gets out of hand. The ending is one to keep people talking for years. In fact, Stephen King wrote a variation of this tale in a short story entitled Autopsy Room Four, contained in the book Everything’s Eventual.

Season 2, Episode 22: “The End of Indian Summer”
This is a fun battle of the spouse killers episode. It brings to mind Double Indemnity, featuring an insurance agent who suspects a sweet, elderly lady to be a habitual husband killer, only to find more than he bargained for. An extreme amount of fun.

Season 2, Episode 34: “Martha Mason, Movie Star”
This episode is about a delusional woman who is probably based on the character of Norma Desmond from Sunset Blvd. Instead of being a crazy movie star, she is just plain crazy. Still, she’s very charming, although clearly in need of more brain power. When we realize she is beyond hope, it is still easy to root for her.

Season 3, Episode 11: “The Deadly”
This episode will probably make your blood boil, as you witness a plumber trying to take advantage of a housewife through extortion. When she finds that he has been threatening the whole neighborhood, she and her friends rise to give this man a proper payback.

Season 3, Episode 33: “Post Mortem”
A woman’s husband mysteriously dies. Some suspect foul play, but she is cleared and remarries. She begins to suspect that her new husband may have murdered her former husband and may even be out to get her. She tells her story to a police detective, but with no hard proof, she may be murdered before enough evidence is gathered to put him away.

Season 7, Episode 2: “Bang! You’re Dead”
This is one of the scariest episodes, involving a kid finding a gun. He promptly goes out, pointing the gun at everyone he sees. The kid thinks the gun is a toy, and so do the people who see him. When his parents find that their son and the gun are missing, they are so frantic, that it nearly drives the audience to experience a major breakdown.

It would take much more time to talk about my favorite episodes. Trust me when I say, though, that if you are sick of watching boring films with drab dialogue or the unremarkable television programs of today, you can’t miss with an Alfred Hitchcock Presents episode. You can savor each one or devour them twenty at a time. I have done both, and each way works extremely well.