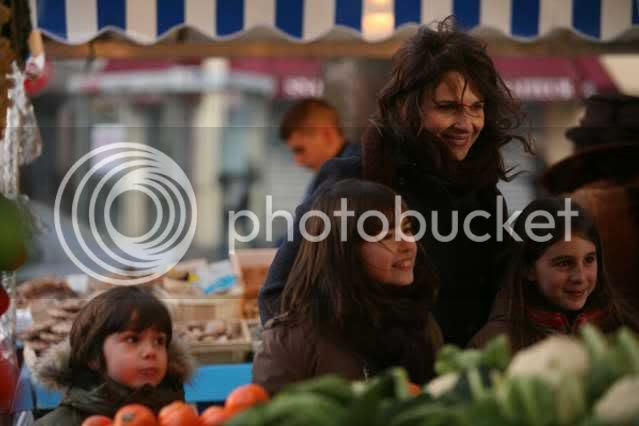 Cédric Klapisch has created Paris, a little masterpiece. All his other films are light and perhaps trivial. I did not have high hopes for Paris, yet it excelled in so many ways.

First, you would be hard-pressed to find a better cast. Fabrice Luchini (very good with conveying emotion), Francois Cluzet (his "normal" character has unusual depth), Karin Viard (plays a manic character which is extremely against type for her), Maurice Bénichou (the reserved psychologist who has a little laugh), and Juliette Binoche (the aging single mother who only needs a little time for "herself" to help out her brother).

Secondly, though the subject matter is extremely serious and darker than a normal Klapisch film, it still has many humorous moments. Fabrice Luchini's character's fascination with a female student (played by Inglourious Basterds' Mélanie Laurent) poses many awkward and charming moments. Even Romain Duris' character is able to laugh about things despite his impending death (it could be tomorrow or it could be decades from now).

Overall, it miraculously causes the audience to think and to be entertained at the same time. Pretty good. Recommended.
Posted by Allison M. at 1:28 PM 1 comment: 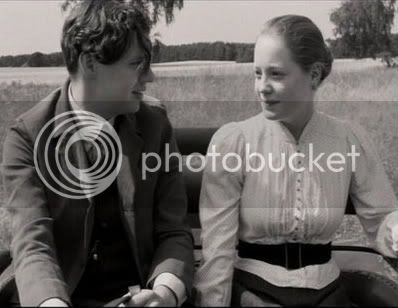 -Sir, do dreams come true?
-Say your dream is being a good student. If you study and work hard, maybe you'll get to the top of your class.

[The above dialogue takes place between the schoolteacher/narrator (left) and Erna (not shown), the sister of Eva (right).]

Michael Haneke explained that he first wrote The White Ribbon as a book almost ten years ago. Financiers weren't eager to produce the film, so he waited for the opportune moment. He told the audience that his choice to shoot the film in black and white was to get the look of old photographs and used narration to put some distance between the film and the audience. The movie is as close to a novel as can be though, with the careful introductions of each character.

While an audience member thought Bergman's influence was present in a scene where a child dares God to kill him, Haneke persisted that he was more influenced by the likes of Bresson. Haneke explains his reasoning behind this film: to show how children are the lowest in society's hierarchy, but they also our future. Some children seem like they're destined to be S.S. Officers, while Haneke insists that most of the youngsters are actually well-behaved. 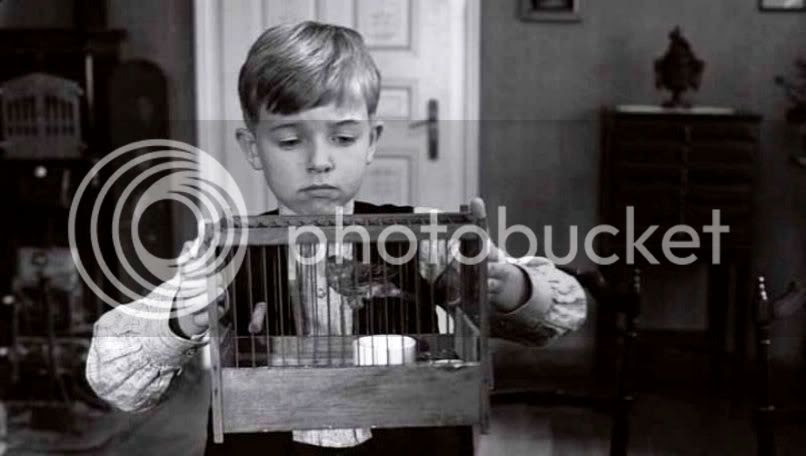 Still, even the peaceful children are not exempt from terrible fates, strange punishments from parents, or emotional suffering from the death of a loved one. In a touching scene, a young four or five year-old boy named Rudi questions his older teen sister, Anni, about death. Haneke claims he tried to recount how a "young Michael" might have felt when trying to write out this moment.

Violence is always a central theme in Michael Haneke's films. He says, "If violence is normal, it's dangerous." He spoke that his intention of Funny Games was to be "a slap to the face" to make desensitized American audiences realize how cruel, rampant, and real violence is.

Haneke doesn't always show violent acts in his films, but always reveals the terrible aftermath. The imagery and emotions The White Ribbon evokes makes you realize how screwed up random acts of violence really are and how lasting the effects are.

Haneke confirms that he "forces the audience to think instead of just consume", but at the same time his "goal is to be indirect". Still, it's all too clear that the seemingly brutal attacks on the small village are about to be expanded a hundred-fold when life becomes a living hell for not only the village but the world around them. 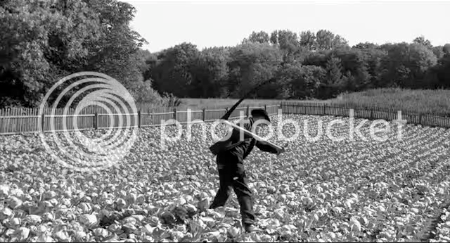 As a film professor, he gives advice to future filmmakers:
"80% of good directing is preparation."
"The style should never be more important than the story the movie contains."
"Some are influence by people they admire, but you can only be worse as a copy-cat."

He insists that the most important thing for his students is to find their voice in explaining the world, as he doesn't "want a bunch of little Hanekes running around". It is true that as daring and provocative as Haneke is, it would be very tempting but disturbing to have hundreds of his clones on the loose.

I was sad for the night to end, but now am eager to see Haneke's next unwritten (as of now) project: about how society's view of people changes once they become elderly and decrepit. His idea mirrors the mid-wife character in The White Ribbon, who realizes that growing older will make her less desirable.
Posted by Allison M. at 7:37 PM 2 comments: