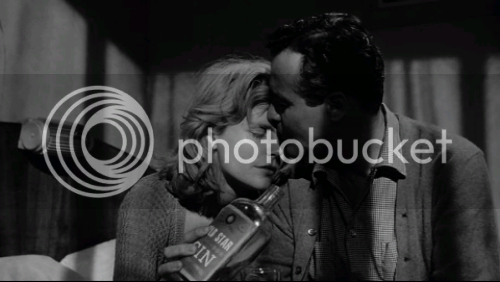 Days of Wine and Roses (1962, Blake Edwards)
Just jaw-droppingly amazing. I mean, come on, where was I this whole time! Over the past several years I've come close to watching this movie, yet I haven't. Then I did and it was an EXPERIENCE. 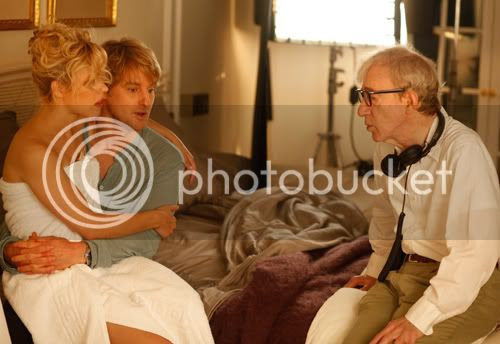 Midnight in Paris (2011, Woody Allen)
See my blog posting for this one. 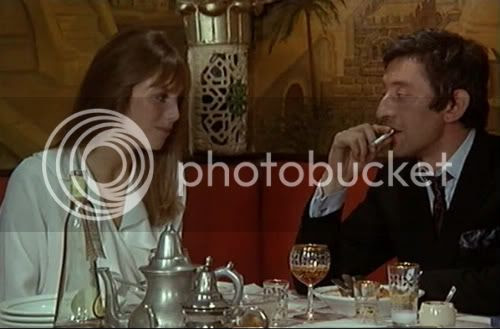 Slogan (1969, Pierre Grimblat)
Perhaps this film should be recommended to Jane Birkin and Serge Gainsbourg fans only. It was the film where they met, fell in love, and two years later Jane would give birth to their only daughter together, Charlotte Gainsbourg. The film has a very sixties feel and not everything is sunshine and roses. But I enjoyed every second of this film nonetheless. 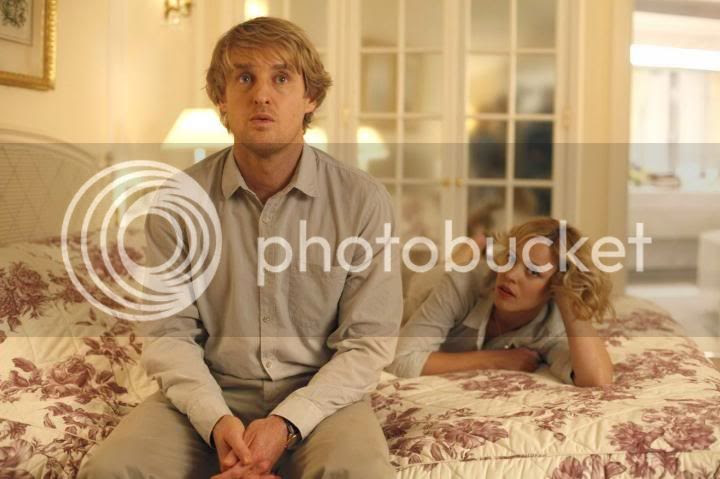 The film starts out with Gil (Owen Wilson) and Inez (Rachel McAdams) playing an engaged couple visiting Paris. Alas, just because they are getting married doesn't automatically mean they are happy. In fact, Inez spends most of her time with her friends visiting from out of town: Carol (played by Nina Arianda, a Carol Kane look-alike) and Paul (who reminds me of Lester from Crimes and Misdemeanors). Of course, Gil cannot stand Paul and finds any excuse not to be around him. 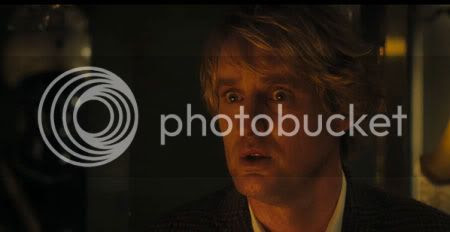 So one drunken night when Gil is left to his own devices, he takes a walk down a street that must have been Rue du Cardinal Lemoine (the movie does not advertise this fact). The only reason it is worth mentioning is because Ernest Hemingway used to live on this street at #74.

In Allen's The Purple Rose of Cairo, a character played by Jeff Daniels jumps out of a movie screen into reality, entering an entirely new world. Ironically, the name of the actor of this character is named Gil as well. In Midnight in Paris, Owen Wilson's Gil is transported by an old-fashioned automobile into 1920s Paris. We don't ask how or why he got there and neither does he. However, his reactions (pictured above) are priceless, as he cannot quite believe what he is encountering. 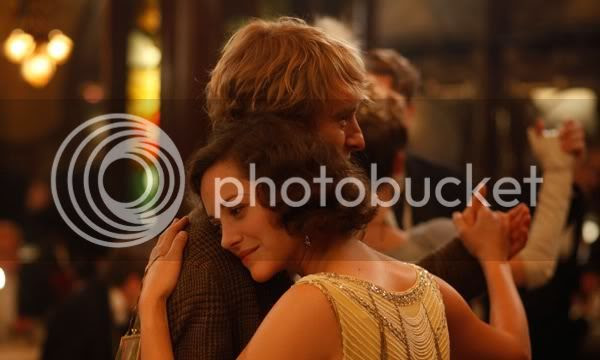 He meets a number of historical characters, in addition to the lovely Adriana (Marion Cotillard) who by all means must be fictitious (although in the film she plays mistress to Picasso and Modigliani among others). The more conflict Gil has with Inez, he begins to wonder if Adriana might be the perfect woman for him. He notes how the French balance their wives and mistresses with ease, but being an American and hopeless romantic, he knows he is going to have to choose.

As the movie unfolds and we find out more about Adriana, the movie goes in a completely unexpected direction. Yet the movie never disappoints. The ending is lovely and the audience should be satisfied unless they wanted a more devastating Annie Hall ending. 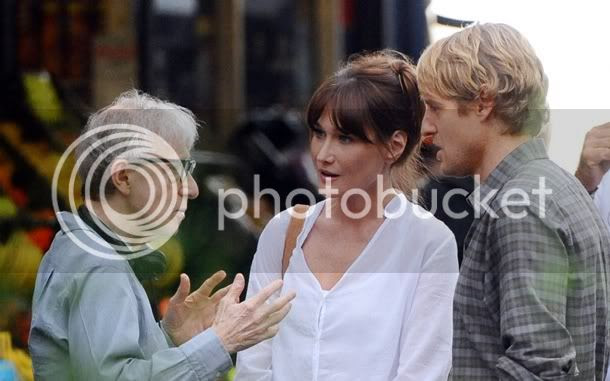 Each character is adorably crafted and there are some stand-out performances:

Alison Pill as Zelda Fitzgerald is over-the-top, but in an incredibly wonderful way.

Carla Bruni is a museum guide at the Rodin Museum. The role is short and sweet. I am not sure that she necessarily has an acting career ahead of her or if she is as talented as her sister/actress Valeria Bruni Tedeschi. However, she was a familiar face and her character was fun.

Kathy Bates plays Gertrude Stein like it is second nature for her. Seriously, she acts like she was born for the part.

Léa Seydoux has already wowed audiences with La Belle Personne and had a bit part in Inglourious Basterds. Her role in this movie is small, but charming as Gabrielle, a girl who sells old records and memorabilia in the street market.

In closing, I thought I was obsessed with Hemingway, but Woody Allen takes the level of fandom about five notches further. He cast Ernest Hemingway's granddaughter (Mariel Hemingway) in his 1979 film, Manhattan. It is also quite possible that Vicky Cristina Barcelona is a reference to Hemingway's The Garden of Eden. Vicky and Cristina are vacationing in Barcelona when Cristina decides to stay behind with her lover and embarks on a romantic journey with him and his ex-wife. While, in The Garden of Eden, a man and woman who are on their European honeymoon fall in love with the same woman. The comparison could be a stretch, but it is worth mentioning.

Overall, Woody Allen's love of Hemingway and Paris shine through in this absolutely beautiful eye-opening masterpiece. It is for hopeless romantics who also don't mind a dose of reality or a bit of time-traveling.
Posted by Allison M. at 10:46 AM 3 comments:

Since 2008, I have dedicated every March to discovering films directed by women. I have made some great discoveries, as you can see in my related post: Favorite Films Directed By Women.

However, I have created a list of films directed by women to bring attention to their films. Feel free to suggest any female filmmakers. In time, this page will have more links and information on each individual's films. For now, I have the links for the women whose work is on UBUWeb, a great online resource. 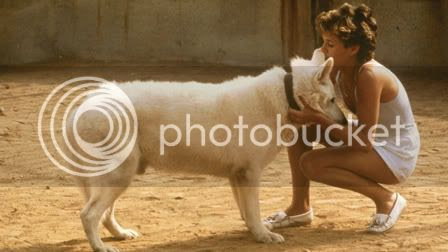 White Dog (1982)
Considered to be an essential film by Jonathan Rosenbaum, I figured that this film couldn't be too bad. Directed by Samuel Fuller and based on a story by Romain Gary, this movie was excellent. Definitely check out the extra features on the Criterion disc. Curtis Hanson talks about co-writing the script and there is also an interview with Fuller's widow. 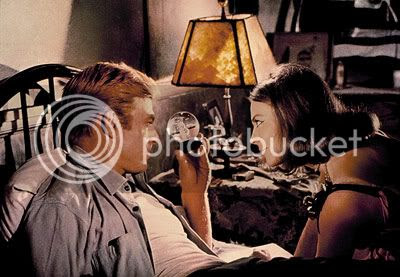 This Property Is Condemned (1966)
This is definitely the best film I have seen this month. Natalie Wood and Robert Redford also co-starred in Inside Daisy Clover, which happens to be one of my favorite films, as well as a forgotten classic. 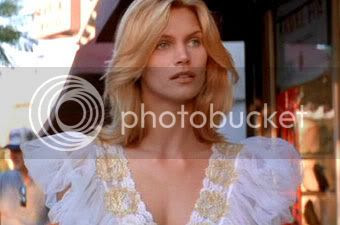 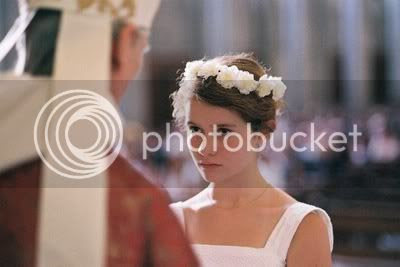 Un poison violent/Love Like Poison (2010)
Katell Quillévéré's feature film was an unexpected, but welcome surprise at this year's COLCOA fest in L.A. It's a coming of age story with a vengeance and manages to avoid being cliched. 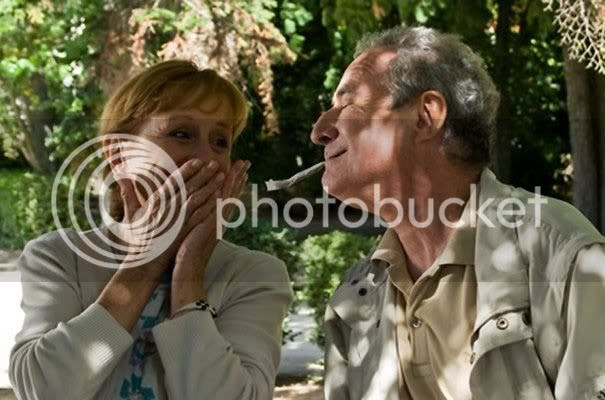 Les petits ruisseaux/Wandering Streams (2010)
This was another COLCOA favorite. It's about an older man who learns to live after his friend's death.

A couple of honorable mentions from the COLCOA fest include:
-Ces amours-là/What Love May Bring (2010)
-La tête en friche/My Afternoons with Margueritte (2010)
Posted by Allison M. at 3:31 PM No comments: