Although the thought of another Coco Chanel movie seems superfluous, there are two things that stand out about this particular film. First of all, Coco Chanel & Igor Stravinsky takes place in the time period after Coco Avant Chanel. It is more of a continuation, than a repeat of the same story. Secondly, Anna Mouglalis delivers in her role as Coco; her acting is quite close to perfection.

Unfortunately, there is nothing spectacular about the story. It is kind of interesting to get a taste of Igor Stravinsky's music and a glimpse into a particularly difficult time in his career. Other than that, it's just another sordid affair and the characters are Coco Chanel and Igor Stravinsky this time. 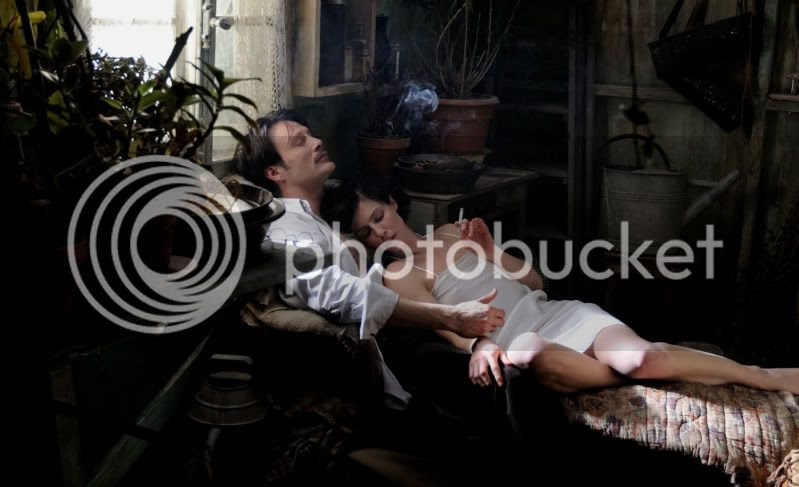 Certainly, Francophiles or Russian music enthusiasts will enjoy it the most. Also, Coco Avant Chanel and this film went into production at roughly the same time. Audrey Tautou may be the more recognizable name, but Coco Avant Chanel was not quite to my liking either and probably the weakest of all of Anne Fontaine's films. This film will probably suffer in the box-office due to Anna Mouglalis not being a huge name. She definitely should be, though. She was also in Claude Chabrol's Merci pour le chocolat and in Joann Sfar's Gainsbourg (Vie héroïque) (in which she was marvelous as Juliette Gréco). Hopefully someday soon she will get a breakout role like the one that was afforded to Marion Cotillard: La Vie en Rose. However, Cotillard's career choices are getting more and more boring and Anna Mouglalis seems to only become more and more exciting with time.